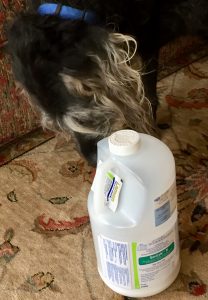 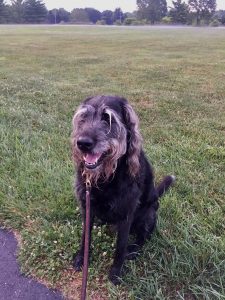 My early morning walks with Doc are my favorite part of the day. Nature is waking from it’s slumber and it is peaceful and still in the world. When we are out in nature at that hour it reminds me of the quote that Doc likes to repeat from Henry David Thoreau, ” Live in each season as it passes; drink the drink, taste the fruit, and resign yourself to the influence of the earth.”

It is so easy for you humans to get caught up in the frantic rhythm of life. The cacophony of sounds that fill your days and bombard your senses are only a distraction. I have also noticed the stress that it brings into your lives. Please explain to this dog how engaging in all the popular rantings of the day through social media and television help to resolve anything. Because I care, my advice to you is if it agitates you, disengage. It’s your choice what and who you allow in to your life.

This morning as we walked down the hill toward the park, I noticed the fog rising off of the pond in the distance. I couldn’t image any where else I would rather be. Maybe it’s your time to refocus and embrace the solitude of nature. Doc and I both guarantee that you won’t be sorry. 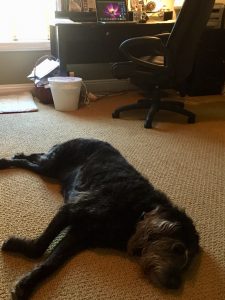