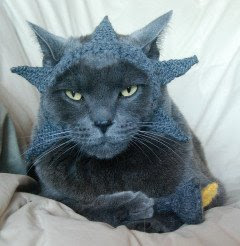 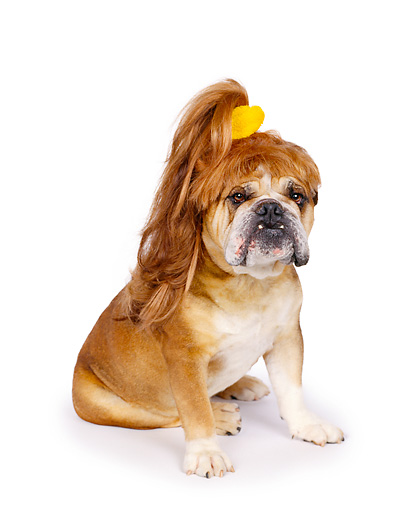 According to a story I read on the Internet, dogs are apparently so fed up with their regular fur coats that they are starting to wear wigs. Now this is news to me as I have not seen this in any Midwest dog parks that Doc and I frequent. The story reports that a woman who is an 8th generation wig maker and make-up artist to stars, dignitaries and politicians has started making wigs for dogs. If you don’t believe me check out the web page at www.wigglesdogwigs.com. Apparently business is booming. I don’t know where I would go that I would need to wear a wig , but I have seen some dogs that could probably use one.

After pondering the idea, I thought it would be fun to have one and wear it for laughs, but Doc is too cheap to buy me one. She told me I can wear an old wig she has in the closet that she wears for Halloween sometimes. I refuse to wear that old ratty thing, how embarrassing. I started wondering how many wigs President Obama’s dogs have. Probably one for every occasion.

Not to be outdone by the dogs, there is a new book out for cat owners called Cats in Hats: 30 Knit and Crochet Patterns for Your Kitty. Apparently cat owners have a lot of time on their hands to knit hats for their cats. The author of the book says she can’t knit the hats fast enough to fill the orders so she wrote the book so all the cat lovers could do it themselves. The editorial director at Martha Stewart Living is not surprised by the popularity. (Martha must keep track of this sort of thing in her spare time.) The author reports a pattern book of hats for dogs is not out of the question. So get those knitting needles warmed up people. I’d ask Doc if she’s going to knit a hat for me, but I think we all know what her reply would be.