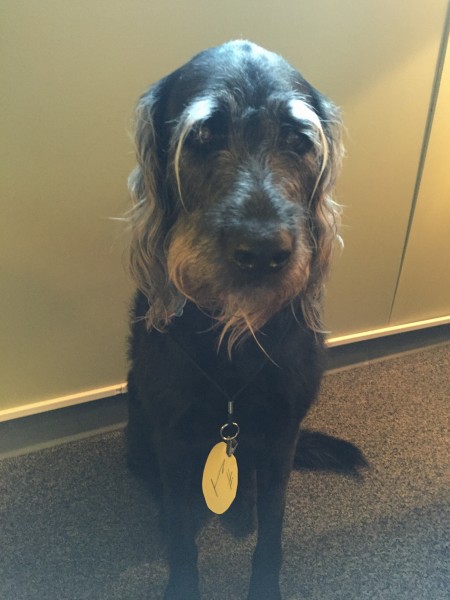 Even though the Rio Olympics have finished, I am left in awe of what the athletes accomplished and now I feel inspired to win my own gold medal for best therapy dog and Doc’s most faithful companion.

One of the things that inspired me the most were the personal stories they told about the athletes and their journeys to get to the top of their sports. When you see the athletes smiling proudly, dressed in their country’s uniform, you can forget that some of them suffered great personal obstacles and failure along the way to achieving their dreams. The common thread among the athletes is that they never gave up, never gave in to negativity, kept moving forward even when they failed and surrounded themselves with people who believed in them. This is a good motto to live by no matter what you are trying to accomplish in life.

Often I hear Doc tell her patient’s not to let other people’s opinions define who they are. You have to feel like you deserve to be a winner. Allowing yourself to dream big doesn’t cost you anything and may change the direction of your life. Then, putting those desires into action by working hard every day without making excuses, puts you one step closer to your goal.

When I was training to become a therapy dog, it took a lot of work on my part as well as Doc’s. I know there were some days that both Doc and I doubted ourselves, but we stuck together and also had people in our lives that believed in our goal. I will never forget the day we passed the final test and I became a fully registered therapy dog. That was such a proud day for us both.

As I continue on my journey to improve my skills, I will continue reaching for my own gold. Doc agrees and says along with winning a gold medal for best therapy dog and faithful companion, she would also award me a gold medal for best nap taker. You know, I love Doc, but sometimes she can be a real wisenheimer.