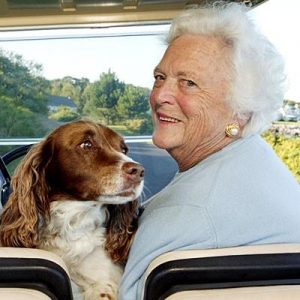 On Saturday, we laid one of our first ladies of the United States, Barbara Bush to rest after 92 years on this earth. Her friend and presidential historian Jon Meacham described her as “candid and comforting.”  Others remembered her as a loving wife and mother with a quick-witted sense of humor that lived life with purpose and meaning. As first lady she promoted literacy and brought awareness to AIDS at a time when those with the disease were being scorned by society.

Although many positive tributes were made, Doc and I were shocked to see some of the nasty remarks made about Mrs. Bush on-line and in the news. They brought up mistakes and statements she made in the past, calling her an awful person. This appears to be a growing trend in the age of social media not just toward celebrities, but with perfect strangers on-line. People have the ability to lash out and bully anyone they want from the comfort of their own home.

It saddens me that humans have come to a place in life that others are judged and called names based on personal beliefs about perfection. The bottom line is no one is perfect. Doc told me long ago that we are all multi-layered with both flaws and goodness.  What would it be like if we honored and praised the goodness in others and then listened and talked about the things we disagree with?

Mrs. Bush once said; ” If human beings are perceived as potentials rather than problems, as possessing strengths instead of weakness, as unlimited rather than dull and unresponsive, then they thrive and grow to their own capabilities.”