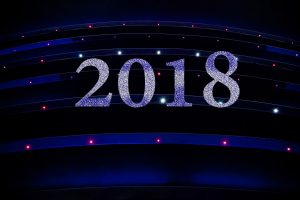 Being that it is about to be a new year, I have been mulling over resolutions that I should make. The truth is, you and I both know I am not going to keep resolutions much longer than the effort it takes for my brain to think them up. So my only resolution will be to stop making them.

Instead of resolutions,  I have decided to let you in on some revelations about the four-legged canine you are living with. No offense, but you do know that dogs are too smart to follow humans advice and we are the one’s in control. We just let you think that you are in charge. As the comedian Jerry Seinfeld once observed, ” Dogs are the leaders of the planet. If you see two life forms, one of them’s making a poop, the other one’s carrying it for him, who would you assume is in charge.”

Before you scoff at all of this as just a dog wishing it were true, I have some scientific data to back up my claims. In an article titled, ” and I promise I am not making this up,” “Your Dog is Too Smart to Follow Your Dumb Human Advice,” a study published in the journal Developmental Science found that; ” when you give your dog bad directions; it’ll learn pretty quickly to ignore them.” Not to be snarky, but wouldn’t that be nice if male humans were that smart when it came to directions?

But, I digress. In the study, 40 pet dogs of varying breads were recruited by Yale psychologists whom you think would be smarter than the dogs. They conducted an experiment where a treat was placed inside a puzzle and all the dogs had to do was lift the lid to get the treat, but the psychologists, thinking they were sneaky added a fake lever that didn’t actually do anything. To make sure the dogs were actually trying to solve the puzzle, rather than following a perceived command, the psychologists left the room to watch what the dogs would do.

It didn’t take long for my canine cousins to figure out that all they needed to do was open the box to get the treat. The funny thing about this is that this was based on a similar study done with children in 2005. Compared to the dogs, I’m sorry to report that the children weren’t so savvy.

So, if it makes you feel better, go ahead and keep believing you are the ones in charge of your dogs. We’re happy to let you continue your delusions, while we sleep on your couch in the house that you paid for. Happy New Year!!!