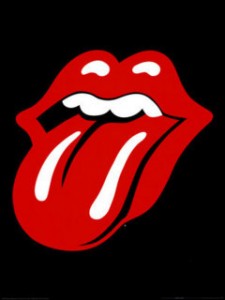 Doc is a “rocker chick” at heart. You’d never know it just looking at her, but I am privy to that secret part of her life. On Saturday mornings she cranks up The Rolling Stones and cleaning becomes a concert event while she sings at the top of her lungs, “It’s Only Rock and Roll But I Like It.” I usually hide under the bed until Mick, Keith, Doc and the band are done performing. Doc loves The Stones so much she has kept every ticket stub from every concert, can tell you all the details, what she was wearing and who she went with. So, it was no surprise to me that when she heard that the band was going out on their ZIP CODE tour this summer, that she went into pre-concert mode.

The first people she talked to about the concert, was her family at Sunday dinner. Poor, Doc, all they could talk about was how old the band members were and that they wouldn’t pay those ticket prices to see them. The “too old” comments, kind of ticked her off and I could tell she was a little deflated, but not for long. She found some friends and a couple of family members that wanted to go and then waited in anticipation for the tickets to go on sale.

Meanwhile, I was trying to figure out why this concert meant so much to her. I am finding that humans, unlike dogs can be sentimental about things, especially if they bring back memories about happy times. I thought the best way to understand Doc’s obsession with going to this concert was to spend time with the band myself by going on a short leg of the tour. I envisioned riding in the tricked out tour bus to their gigs, or flying on the private jet cuddled up next to Mick Jagger while he rubbed my belly and gave me treats. I figured he could use a therapy dog after dealing with the fans and Keith Richards all day. I even thought it would be a good idea to rename the tour from The ZIP CODE tour to The Dog House Tour. The only problem was that I had no idea of how to get hold of the band, so I went to Doc with my idea.

She listened to me like she always does and said she was touched that I wanted to understand why this was important to her. “Grover, she said, you know how your favorite blanket that you sleep on has all the smells that make you happy and comfortable?” “Well, it’s kind of like that.” “When I go to The Stones concert and I see them perform, it brings back all the best memories while creating new ones with people I like.”

That made perfect sense, and even though I won’t be going on tour, for one summer night, Doc will be in heaven listening to old Stones songs and creating new memories.