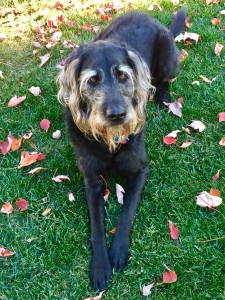 The reason I am writing this is to plead with all of my dear readers to talk some sense into Doc as I think she has finally lost all her marbles. As you know she recently had shoulder surgery and her arm is still in a sling 24/7. Would you believe that she still plans to have the whole clan over to her house for Thanksgiving?

Since close to 18 relatives and friends come for the holiday my first question was how was she going to pick up  a 20+pound turkey at the grocery store and get it home, let alone prepare it and get it in the oven with one arm. That woman has an answer for everything. She has already asked someone to take her to the store to buy a turkey and knows where she can get them for 79 cents a pound.

Her nephew Tom was no help when he suggested she pick up the turkey like a football and carry it under her right arm and then drop it in the roaster. Then I heard her tell Jim, her physical therapist that she was trying to think of how she could make a lift for the turkey that had a sling and she could place the turkey on the sling and slowly lower it in to the oven. She has been watching too many episodes of MacGyver.

What Doc forgets is that she is supposed to be taking it easy. I guess taking it easy for her means she only makes two pies instead of 4 and takes a nap in between. I have to hand it to her she is starting to sort it all out and call in the troops to help, but it’s still stressing her out. She doesn’t really like to ask other people for help, because she’s too impatient to wait. If I ever wanted to set Doc over the edge, all I would have to do is tell her she can’t be in control or do anything for one week.

I think it’s hard for her because she has always been so independent and a caretaker for most of her life. I tell her she needs to take some of her own advice that she dolls out to her patients, but she just gives me that steely eyed look and I know she is thinking I should mind my own business. I hope she doesn’t drop the turkey on the floor like she has in the past.

Well, I guess it will all work out. No sense fussing at her and adding to her stress. Doc wouldn’t be herself if she let something like surgery get in the way of the holiday. As for the rest of you, I hope you have a very Happy Thanksgiving and don’t forget to sneak some left over turkey to the family dog.