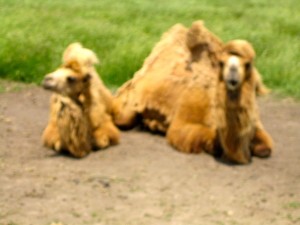 For those of you out there that think we animals are dumb, I have decided that it is time to let the proverbial cat out of the bag; our intelligence is actually superior to humans. Still skeptical? Well, let me tell you about some friends that I keep up with on Facebook and see if that changes your mind.

Clive, my friend in England was only a 9 month old kitten when he left his home after he got fed up with the food his humans were feeding him. Over 14 months passed when workers at a pet food factory found him asleep. He had been living there safe and sound and was healthy and a little “porky”. They located his human when a veterinarian scanned the micro-chip in his neck. Clive is now back to his bland food diet until he can come up with another escape plan.

Another cat friend of mine living in Wisconsin, got tired of the cold winter weather and devised a plan of escape. On New Year’s Eve after being let outside, she walked 1,484 miles to Naples, Florida without the help of GPS. After missing for 9 months, some human found her in North Naples and took her to the shelter where they identified her. My friend told me she sure was mad when they sent her back to Wisconsin. She can’t wait to get back to Florida where she had been warm, living on the beach and eating all the fresh fish she wanted.

Finally, I would like to tell you about my genius friend Chaser. He is a border collie and knows over 1,000 words including nouns and is still learning more. I don’t know why you humans are amazed by that, but you are. We have developed a humanlike social learning ability after being domesticated for thousands of years. How do you think I write this blog?

My advice is to be aware of what you do and say around animals, we are watching and just may take over one day when you least suspect it. Remember “The Planet of the Apes”?