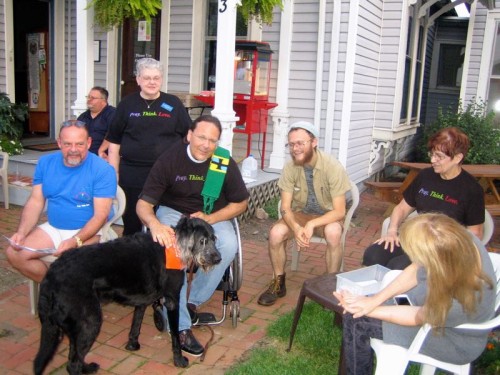 ” Dogs have given us their absolute all. We are the center of their universe, we are the focus of their love and faith and trust. They serve us in return for scraps. It is without a doubt the best deal man has ever made.” 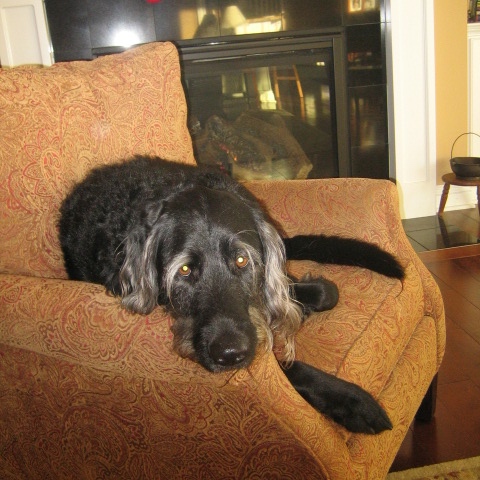 I am always puzzled by humans being so surprised when science proves how smart dogs are. The latest research that has come to light is that dogs can recognize faces. Duh, how do you think I find Doc in a crowd or know what dogs I like to hang out with?

So, the researchers at Emory University down south in Atlanta trained six of my canine cousins to enter an MRI machine and stay very still without sedation. Apparently there is a specialized region of the brain in the temporal cortex where all face recognition takes place. Up until now, this has only been documented in humans and other tree swinging primates.

While in the MRI the dogs were shown videos of faces and then every day objects while their brains were scanned.  What they found is that the dog’s brains show greater activity when they saw the videos of human faces. And that’s not all. Another study at the University of Helsinki  found that “dogs are more likely to fix their gaze on a familiar face than that of a stranger.” But they also found that what really catches our attention, is looking at images of other dogs. We looked at those images longer than those of the human faces. It’ why I run to the TV screen when ever a cute dog comes on.

Dogs have been living with humans longer than any other animal. We socialize with you and other species, learn to adapt to your life, sometimes work for you, play with you, love you unconditionally and protect you. But some of you take all of this for granted by saying “well it’s just a dog.” Even though I am only a dog, I am more aware than you realize and I look to you for love and protection in return. But you didn’t need scientific research to know that.

” If dogs could talk, perhaps we would find it hard to get along with them as we do people.” 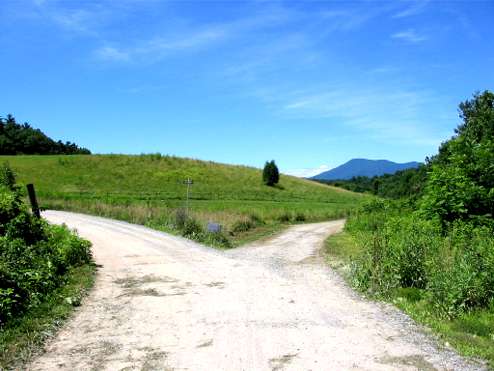 Dogs love to explore with all of our senses. If given the opportunity, we would wander around all day rolling in nasty stuff and eating things that you humans find disgusting. Some of us return home after our adventures and other dogs are happy to either take up with new packs or go it alone. So it is with you humans. As a therapy dog that gets lots of time to observe people, I find that most of you end up staying in the same pack, following the same familiar road. Let us pause for a moment and ponder what would happen if we had chosen or decide now to choose the road less traveled by most people.

You wake up tomorrow morning and you are given the opportunity to rewrite your life script. Without any fear you reevaluate your feelings, desires and needs and come up with a new plan. Now I know from listening to you humans that you can come up with all sorts of excuses not to change. This time it is different, there are no consequences for making the wrong choice. The question you need to ask yourself is, how would you live your life if you had every choice available to you? Let go of all qualifying statements, guilt or perceived responsibilities and just dream. Think, what kind of life would bring you peace and happiness?

Now come back to the present. How can you take some of the things you dreamt about and put them into the life you are living now? Just go for it and have fun. Moving outside of your safe zone is always rewarding because you are going to learn something new about yourself. Trust me, I’m a dog and I know that the road less traveled is always the most interesting one.

” Don’t accept your dog’s admiration as conclusive evidence that you are wonderful.” 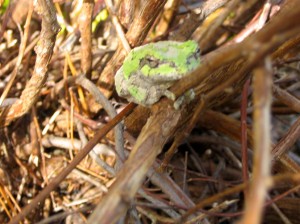 Even though Doc is in the field of clinical psychology, I have to admit that she acts a little odd sometimes. For example, the other evening I saw her crouched down in the yard with her head stuck inside of a bush. I came down off the porch to see what she was looking at and I saw this little green and brown thing, barely bigger than an inch, looking back at us with it’s little beady eyes. It was balanced on a branch of the bush just taking in the scenery. ” What’s the big deal?” I asked Doc. She looked at me with that glazed look she gets when she has discovered something new and wonderful. ” It’s a tree frog.” she said. “That little frog is what we hear singing at night and gets as loud as 108 decibels. Why that’s as loud as a lawnmower” she exclaimed. I had to admit that was impressive for such a little thing. Doc said she was so excited because she had been listening to that sound all of her life and it was the first time she had ever seen one up close. Mostly they stay way up in the trees where they can’t be seen.

As summer comes to a close and the warm days turn cooler, the little tree frogs will bury themselves way down in the leaves and snooze away winter in a coma like state. If we have another bad winter like last year, I think staying in a coma until it’s warm sounds like a smart plan. So here’s to you little tree frog, have a nice sleep and sweet dreams until we see you again next spring.

” The greatest pleasure of a dog is that you may make a fool of yourself with him and not only will he not scold you, but he will make a fool of himself too.” 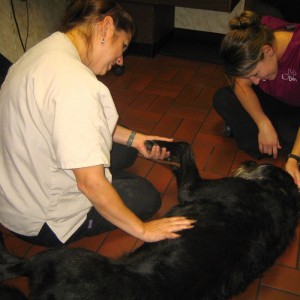 Even though she was talking in hushed tones, I knew that Doc was on the phone, making an appointment for me to see the Vet. A few days later, when we woke from our afternoon nap, Doc called for me to get into the car. I just thought we were going for a joy ride until I noticed that she was turning into the driveway of the veterinarians office.

Now don’t get me wrong, for the most part I like it there. The vet. techs are always so happy to see me. They give me treats, rub my belly and tell me how good I am. Who wouldn’t like that? I’m even happy to go into the exam room. The part I hate is when that door opens and the doctor with the white coat comes in. I know there are needles involved and a possible rectal exam. She is a nice doctor, I just don’t like the stuff she does. When I see her I try to make myself small and that is no easy feet for an 84 pound dog. I cross the room and try to hide behind Doc so she can’t see me. No such luck.

Today I have some blood drawn to check for heartworms, get a shot so I don’t get kennel cough from other dogs and then get a physical exam. I was glad when it was over and thought we were going home when the doctor says, “Grover has a fat pocket under his belly, he needs to loose weight.” How rude to be fat shamed in front of everyone. Then I hear Doc say the unthinkable ” no more treats until he looses four pounds.” What?  All I ate was some  bacon, birthday cake, extra treats and any other food I could manipulate humans into giving me. I protest, but in vain. Doc is stubborn and sticks to her guns even when I whine. She even has the nerve to cut off my food sources at work by telling everyone. Well, it’s not over. I will give it some thought and figure out a way around all of this, so stay tuned.

” The more people I meet the more I like my dog.”