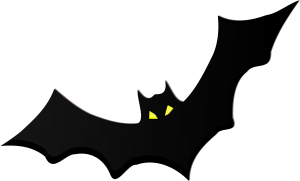 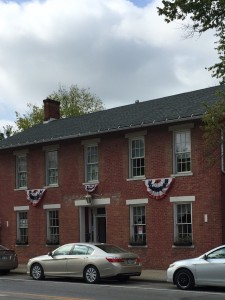 It is the time of year when things go bump in the night, so Doc and I decided to go out on our own ghost hunting adventure. It seemed like a fun idea at first, but it ended up being one of the scariest adventures I have ever been on after we found out what was happening right in our own neighborhood.

We started out visiting a historical building called The Stoner House that is actually on the National Registry of Historical Places. It was built in 1852 by George Stoner and it served as an inn, tavern, healing spa and is most well-known as major stop on the Underground Railroad. Mr. Stoner would bring passengers in his stagecoach to the inn and hide runaway slaves in the baggage compartment of the stagecoach. They would then hide in a secret room in the cellar of the inn where they would stay until they could safely leave and go north to Canada.

We figured any house built in 1852 would have plenty of ghost sightings and we were right. It has been reported to be haunted by a shadowy figure that comes in the back door of the second floor porch. There has also been reports of mist that forms and some have seen a full body apparition of a woman. Bells have been heard ringing from the hidden room in the cellar.

Doc and I walked bravely into the front door of Stoner House to see if we could find any ghosts. The floors were creaky and slanted, giving it an eerie feeling. It is no longer an inn, but now houses a Catholic book store on the first floor and a business called Mystic Nirvana where a clairvoyant and psychic medium work on the second floor. After hearing about all the strange things going on in the place I was too scarred to stay and Doc didn’t want to bother the psychic medium during the work day to see if she had seen any spirits, so we left.

The next stop on our ghost adventure was just across the street at the The Anti-Saloon League museum. It has been said that some of the museum staff have heard strange noises and had other-world encounters so we thought we had better investigate.

Just so you know the history, The Anti-Saloon League’s fervor against alcohol resulted in an amendment to prohibit the manufacturing and sale of alcohol all across the United States. Even after that was repealed in 1933, Westerville, Ohio remained dry until 2004, when the people voted to make the town “wet” again. I bet that made the anti-saloon league ghosts mad when they found that out.

None of the staff we talked to would say anything, but the museum, though interesting, gave me the creeps, so I couldn’t wait to get out of there and go home. Doc wanted to continue the ghost tour in Granville, Ohio at the most haunted inn in America, The Buxton Inn, but I nixed that after I found out there is a ghost cat that is seen wandering around the halls. I don’t want to encounter a live cat, let alone a dead spirit cat, so she took me home.

After our neighborhood ghost investigation, I’m not sure what I believe, nor do I know what I would do if I actually ran into a ghost. I suppose it’s best to follow the advice of Doc’s dad who told her that you need to worry more about the living than the dead.

Have a Happy Halloween!